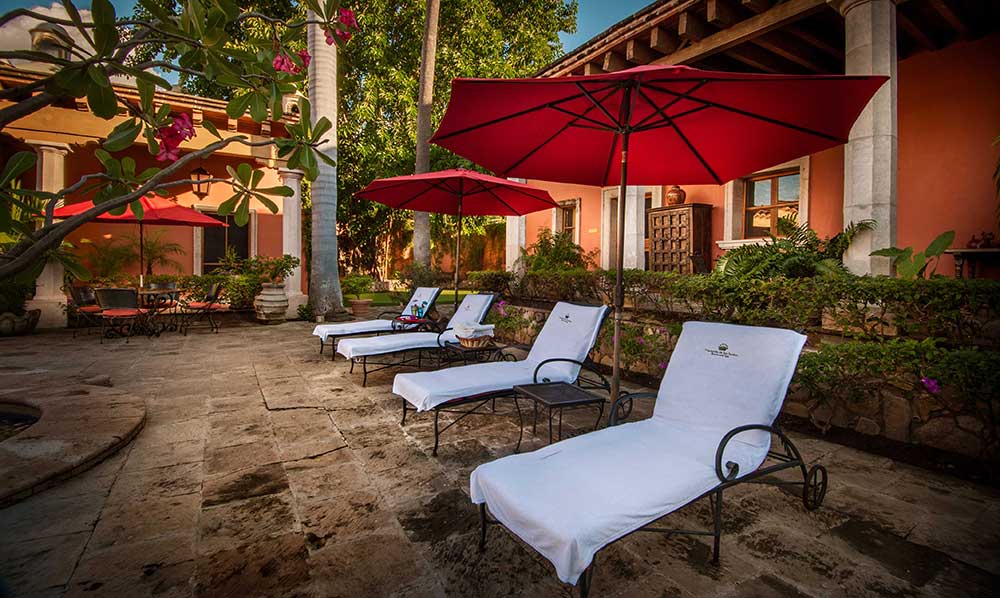 How can you get here?

By Car: Take Mexico’s International Highway 15 south from Nogales, Arizona or north from Mazatlan, Sinaloa to Navojoa. This is a well-maintained toll road with 4-lanes, regular gas stations, and vending machines and fairly clean restrooms at all toll booths. In Navojoa, turn east at the intersection where you will see the Toyota dealership on the SW corner, north of the Volkswagen dealership and drive 35 miles. This highway (2-lane) will lead right to the center of Alamos. Hacienda de Los Santos® is two blocks beyond the Plaza and church.

For more information about traveling in Mexico here is a good site that we suggest: https://www.mexperience.com/transport/driving-in-mexico/?fbclid=IwAR3vVnOvTbE31DFblPf8-thbzjuc_6P6lXql5E8ETXORP0lsMBJ2D0E8tM0

If you plan on driving south of Empalme and Guaymas to Alamos or to areas of Mexico further south you must have a car permit on your vehicle or risk confiscation of the car. We recommend that you obtain a federal car permit at the 21 kilometer station just south of Nogales on Highway 15 at the same time you can obtain the required Visa(s) from the Immigration office. The cost is about fifty dollars, and there is a refundable bond which varies between $200 and $400 USD, depending upon the value of your car. You will receive a refund when you turn in the permit at the 21K prior to leaving the country. There is a second option of obtaining a permit at a difficult to locate office south of Empalme, however to do so you must have previously obtained your Visa(s) from the Immigration office at the 21K. You will save a great deal of time by taking care of both the vehicle permit and the Visas at the 21K.

Getting Here By Bus

Car Rental from Tucson:  There are two companies who rent cars for Mexico.  Budget Rent-a-Car has an office in Tucson which rents both passenger cars and Chevrolet vans.  Also, for an excellent late model Ford van (up to 15 passenger) contact Adobe Car Rental at: http://www.adobetransportation.com/

By Commercial Airline: The closest commercial airport to Alamos is located in Ciudad Obregon, Sonora. Flights are also available through Phoenix on AeroMexico, with a stop in Hermosillo and final stop at Ciudad Obregon. Other airlines serving the Ciudad Obregon International Airport include Interjet, VivaAerobus and Aerocalafia. More than 70 flights a day are available to Cabo San Lucas from the U.S. with connecting flights to Ciudad Obregon. Taxis are available from the Ciudad Obregon Airport and many Hacienda de los Santos® packages include round-trip transportation in a hotel van with a bilingual driver. Most guests find they do not have a need for a car after arriving in Alamos.

From NY/East Coast & Chicago/Mid-west, travel non-stop to Mexico City and then on Aeromexico to Ciudad Obregon. Alternatives include flying to Phoenix on America West and then non-stop to Guaymas Airport or Hermosillo and Ciudad Obregon Airports.
For U.S. departures from the eastern and southeastern areas of the country we would suggest checking flights to Mexico City by Volaris, Interjet and lastly AeroMexico (usually much more costly).

From the western U.S., for connections to Los Cabos and a plane change on to Cd. Obregon, at usually very attractive rates we would suggest using ‘Spirit Air’ and then connecting with ‘AereoCalafia’ to mainland Mexico. The websites are for Spirit Also, for AeroCalafia

We do not recommend using Hermosillo (HMO) as your arrival airport because the drive to Alamos is in excess of 225 miles. Cd. Obregon International (CEN) is only slightly over an hours drive from Alamos.

Click here for a map of cities offering air links to Ciudad Obregon.

Note: If you are planning a flight or need General Aviation Information, please click herefor printable information and guidelines.

Alamos has a new 5,000′ paved runway which can accommodate turbo-prop and jet aircraft. The newly expanded paved parking areas can accommodate more than 50 aircraft and hangar parking is available for single engine, piston aircraft. The Alamos Airport is secure and has military and other security present 24/7

Hangar space is offered complimentary in the Hacienda de los Santos® hangar on a “first come” basis to single engine aircraft. Transportation to and from the Alamos Airport (MM-45) is at no charge, providing the resort has been notified.