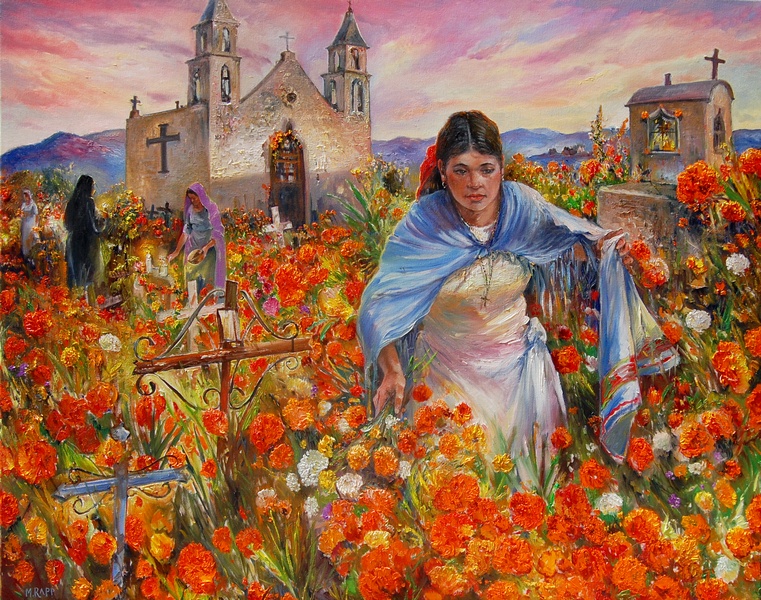 Inspired by the impressionistic tradition, representational rural, urban and landscape scenes are painted using a technique of multiple applications of transparent oil glazes then a direct pastose application of oils.

Manfred Rapp was born in Germany in 1956 and began drawing at the age of four. By the time he was sixteen, he was serving an apprenticeship as a graphic artist at a West German firm. Upon completion of his apprenticeship he began his career doing graphic designs and Illustrations for televised children’s programs, books and designing performing arts posters for various artist such as Diana Ross, Barry Manilow and Phil Collins. Later working for Messerschmidt Boelko Blohm Air Industries as a technical plan-drafter for aircraft engines & general air dynamics & concepts.
During this time, many study trips were made to Paris, Rome and Venice where he visited the famous art museums and began a study of the Great Masters. At age twenty-three he enrolled in the Art Academy of Konstanz, where he studied from 1979 to 1985 under the close guidance of renowned Czechoslovakian artist, Professor Karel Hodr. Manfred has the honor of receiving his Masters Degree in Fine Art from this distinguished Academy.
Being greatly inspired by the French Impressionists and after many years of study and experimentation Manfred has combined his own artistic visions in developing his unique style. His representational rural, urban, landscapes and figurative subject matters are created by combining Impressionism with glazing techniques of the Old Masters.
Museum exhibitions of his work have been held at the International Museum of Contemporary Masters, Salon International, San Antonio. The Art East Museum, Balontonfured, Hungary, Ernst Museum & City Hall of Budapest., and New Mexico Fine Art Museum. Other exhibitions include numerous private gallery shows having been held in Germany, Italy and throughout the U.S. Most recently added to the list is a new gallery in Berlin, Germany (www.theotherside.berlin). At the Hacienda de los Santos, 5 star Luxury Resort in Mexico, Manfred has been the featured artist since 2007. In 2008 Manfred began including mural work to his many endeavors after being asked to do a mural in a Presidential Suite. Along with his oil paintings Manfred is also specialized in specific art for architectural walls and environments where he has created murals in private homes in Santa Fe, NM, California, Mexico & Berlin. In 2010 Manfred was commissioned as project director of design, mural and color selection for the restoration project of the 15,000 sq. ft. 1920s Theater in St. Petersburg, FL. A total of eleven large murals were included in this project with a 14 ft. x 27 ft. stage back drop being the largest.

A note about Manfred Rapp’s educator, Professor Karl Hodr
In 1945, Professor Hodr studied at the Fine Arts Academy of Prague under Professor Otokar Nejedly. In 1946 he received a Fellowship to Zurich and Geneva to paint for a scheduled exhibition. From 1964 to 1984 Professor Hodr held shows throughout Europe, London and the U.S. Collectors of his work included President Richard Nixon, John Wayne, Charles Bronson, Stewart Granger, GE President Karl Lang, Persian President Reza Pahlewi, Swiss Minister to Foreign Affairs Andrea Parodi, and other Diplomats from India and Egypt. He accumulated nine more Fellowships in Europe and in 1983 exhibited in the “Pariser-Salon” in France. In the same year won the Italian Art Award, “Academico DelleNationi” from the Academy for Science and Art in Salso Maggirore, Italy. It was in 1967 that Professor Hodr started the Konstanzer Kunstmaler Akademie where, in 1979 Manfred Rapp began his studies obtaining his Master Degree in fine art and continued to study with the Professor until 2002 when Professor Hodr died at the age of ninety-three.